Attorney Fiore Listens to You.
Contact Us Now For a Free Consultation
Member Of
Home
FAQs
FAQs About Divorce and Family Law

FAQs About Divorce and Family Law

Is There a Difference? 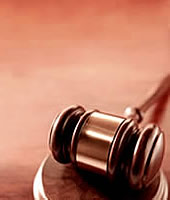 Along with the termination of the marriage, other issues are considered in a divorce proceeding such as division of the marital assets and determination whether spousal support is appropriate. If the parties have children, child support will be evaluated as well as custody and visitation issues. If the case proceeds to trial, a judge would make the decision on these issues.

Has There Been a Recent Change in the Alimony Law in Massachusetts?

In March 1, 2012, the Alimony Reform Act became effective in Massachusetts. The new law effects not only pending actions involving alimony, but will have an impact if a modification in alimony is sought by the payor after divorce.

Contact Us
Practice Areas
FAQ's
Client Reviews
★★★★★
I engaged Attorney Fiore for my divorce. My ex-spouse hired a big (in name only) Boston law firm that thought they could pressure us with various discovery requests, non-standard positions and they were also unresponsive for over 20 months. Attorney Fiore appropriately advised me through this frustrating process and held firm on the underlying principles of the case. We ultimately prevailed due to her expertise and conviction. More importantly, she is not afraid to tell her clients the truth which is essential for her clients to be well informed. Client, Keith
★★★★★
Susan is an amazing lawyer! I can honestly say I am very lucky and blessed to have her as my lawyer! I have been going through a lot with my son's father in court. Susan is very knowledgeable about law practices and very honest about how something may… Client, Kayla
★★★★★
There are a lot of testimonials here about how difficult peoples divorce was and how Attorney Fiore assisted them through that difficult time in their life. I have no doubt they are true. In my case I was fortunate to have Attorney Fiore help me… Client, Ray
★★★★★
If I had a ballot for Massachusetts Attorney of the Year, Attorney Susan Fiore would get my vote! I retained Attorney Fiore to help me navigate the legal system and explore an uncontested resolution to a divorce/child support modification… Client, Gregg
View More
Submit a Law Firm Client Review